WE ARE ALL HUMAN 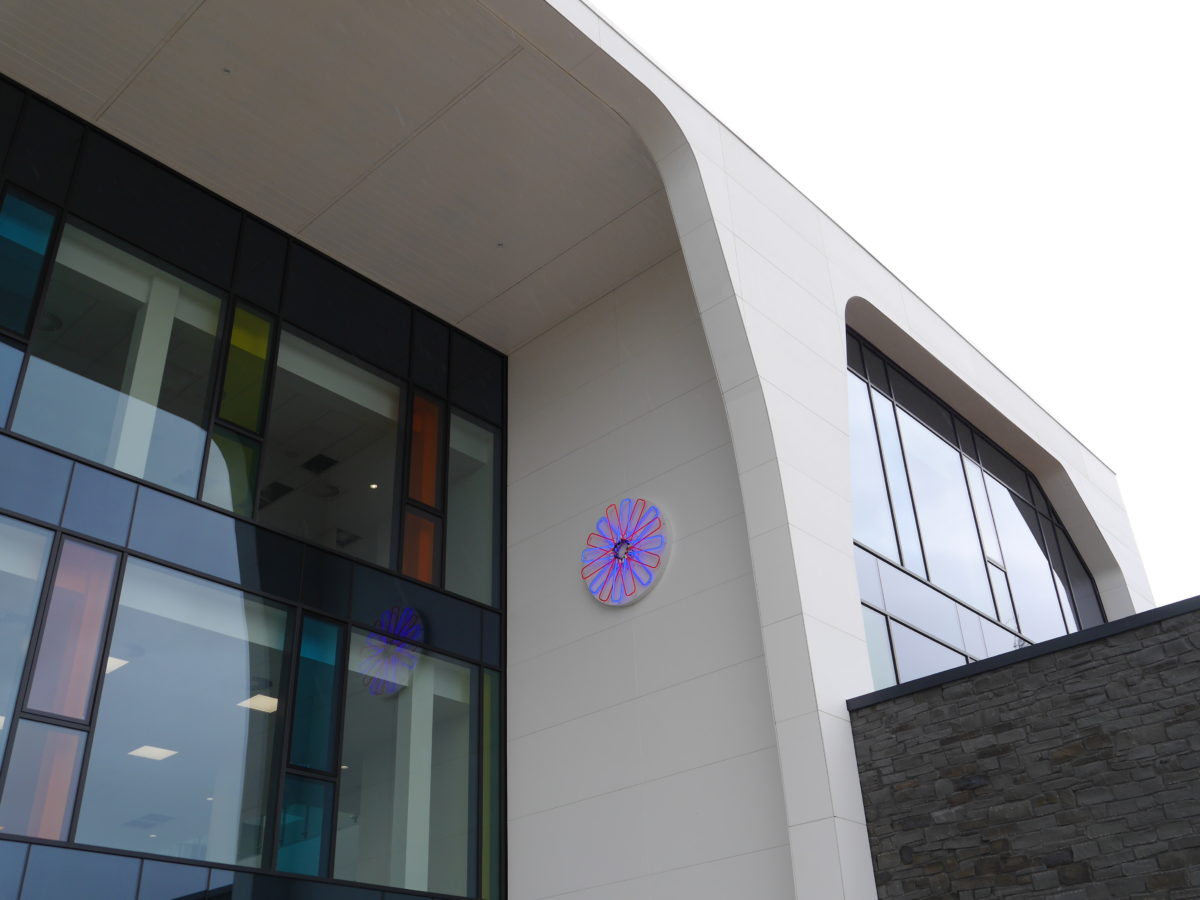 Internationally renowned artist Andrew Small was commissioned to create an artwork for the new West Division Police Headquarters which has been constructed on Clifton Rd in Blackpool. Andrew was commissioned by a panel including representation from Lancashire Constabulary, the Police and Crime Commissoner’s office, Mereside MAFIA, LeftCoast and site developers Wilmox Dixon.Andrew worked with local Mereside residents and the police who are moving to the site in a series of workshops to inform the final design.

This commission was an opportunity to create something innovative and unique that will become part of the fabric of the police station and the place, bridging the gap between community and police. The overarching aim of this commission was to create a dialogue between the community that borders the new station and the police who serve there, bring the voice of the community into the new building.

The phrase ‘We are all human… we all make mistakes’ came from a community member to Andrew as a message to the police. The police in turn felt that it summed up beautifully what they also wanted to express.

This commission has been funded by the Police and Crime Commissioner’s office.