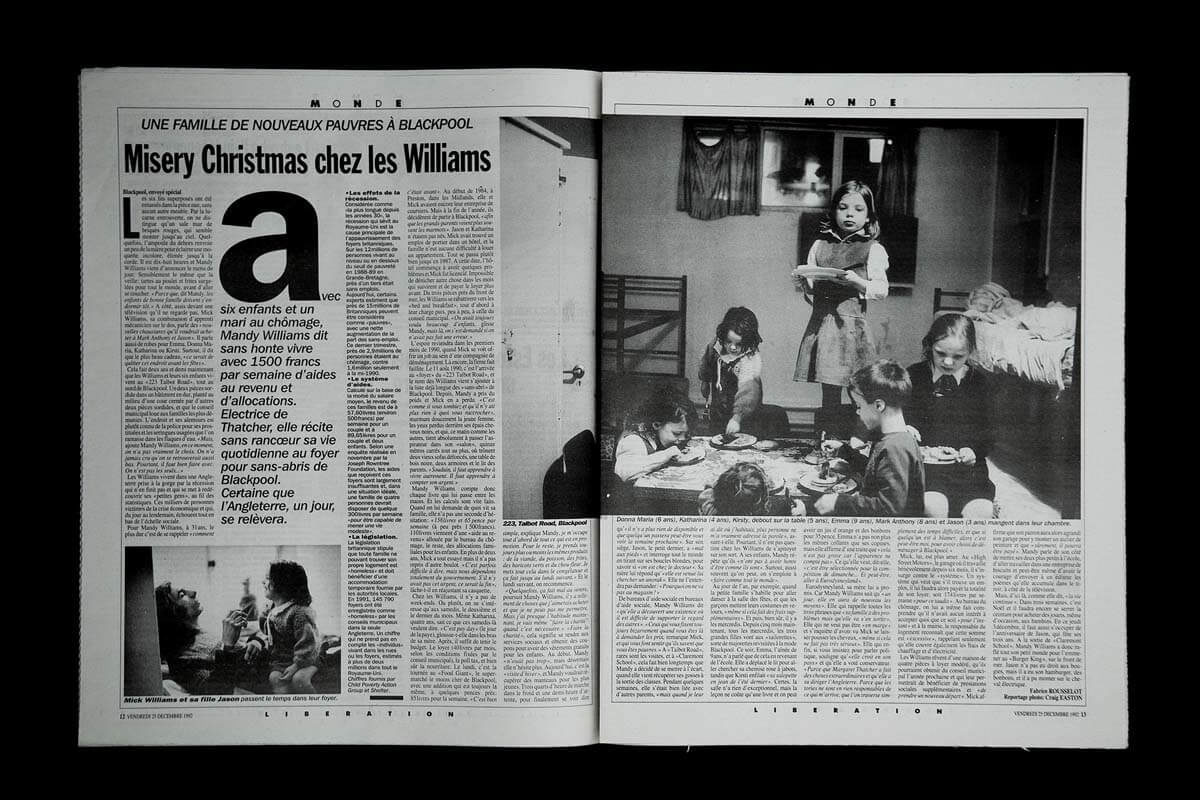 Photographer Craig Easton responded to our Left Behind artist brief with a very interesting and unique perspective. Nearly 30 years ago he had spent some time in Blackpool while working for The Independent newspaper in London and Liberation in Paris. He had been commissioned to spend a week with the Williams family who were living in a hostel for homeless families in the town. During that week he got to know the family quite well and documented their daily lives. The resulting photographs published in The Independent and Liberation caused quite an international stir, highlighting what had been branded at the time as ‘The Underclass’. It was the first time that The Independent had ever given a whole page of the broadsheet to one photograph. As Craig told us,

“The images are still remembered to this day as shocking depictions of the fallout from the 1980s social policies.”

Fast forward nearly 30 years and after long wondering what had happened to the family Craig finally managed to track them down. In responding to the FT article, he wanted to again spend some time getting to know the family, and reconnect with the 6 children who were now all parents themselves. He wanted to explore through photography, text and audio the journeys that they went on an to see if they had indeed managed to escape the poverty trap, if any social policies had helped them create a more secure life for their families.

The set of images created through this project would imply that not much has changed for this family.

As Kristi (one of the original children) says: