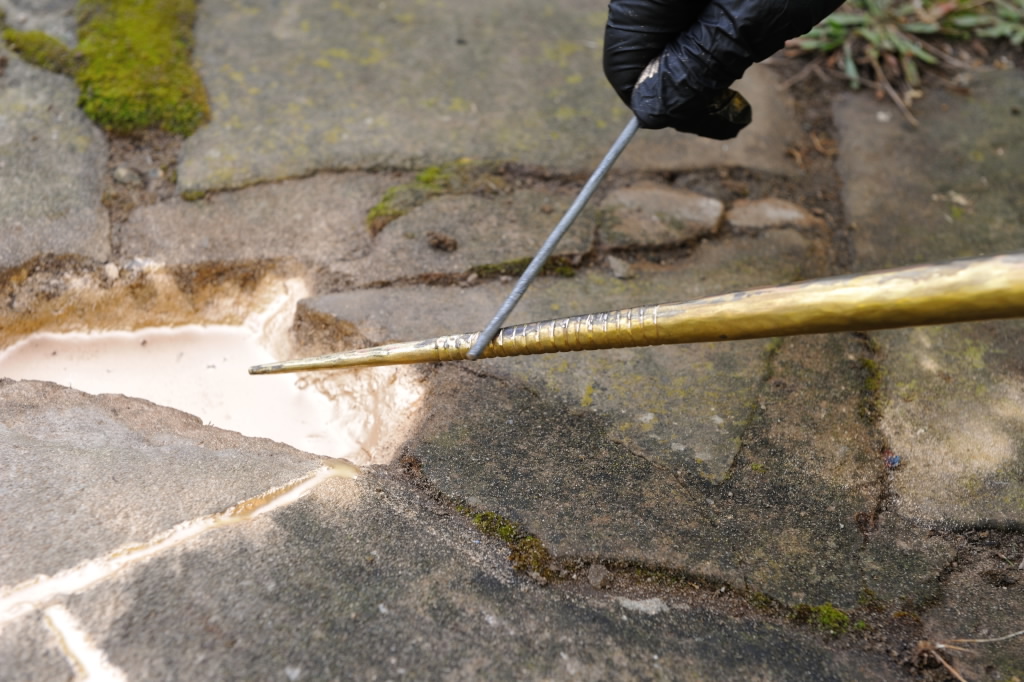 Artist Jayne Simpson proposed the beautifully simple and poetic idea of symbolically repairing Blackpool’s streets to recognise the resilience of the people of Blackpool. Inspired by the Japanese philosophy of Wabi Sabi, which involves embracing the flawed and imperfect, she proposed using the technique of Kintsugi (Golden Repair) which celebrates breakage and repair as part of the history of an object, rather than something to disguise.

Over Oct and Nov 2018 Jayne staged quiet performance interventions, seeming to forensically clean the pavements before filling the broken surfaces and cracks with golden resin. She wanted her work to act as a:

“Quiet demonstration, a metaphorical rebellion against the constant negative scrutiny we continually and publicly endure as a northern seaside town. It demonstrates that we can heal and carry on. We endure the knock backs and neglect and move on; after all we are at the edge of the land and at the mercy of the sea, but that’s ok.”

Jayne’s work created a permanent intervention which you can still spot around the streets of Blackpool, look out for the gold in the pavements glinting in the sun.