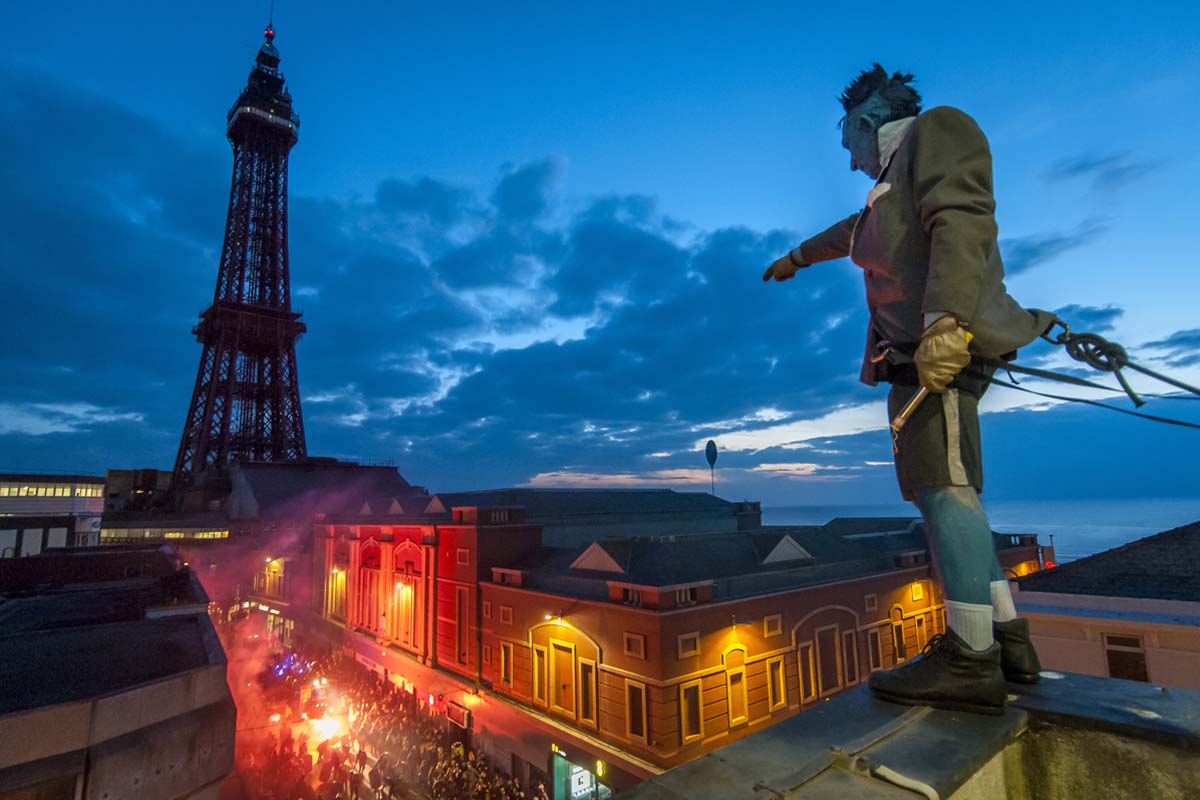 In 2014, 2015 and 2016 LeftCoast played a leading high-wire role in Showzam! Blackpool’s annual festival of Circus and Performance which began in 2007. In conjunction with SeaChange Arts we programmed and staged amazing international shows in Blackpool Tower Circus and The Winter Gardens as well as a very busy programme of street performers and skills development workshops.

We brought the incredible street circus energy of Circolumbia on a world premiere over from Bogota, the poetic movement and music of Akoreacro circus from France, the grizzly nail-up-the-nose antics of the Monsters of Schlock from Niagara Falls and the surreal teddy bear disembowelling butchers shop from Belgium (kids loved it, the police complained).

Nobody who witnessed German street performer Ulik on roller blades powered by an actual jet engine weaving between traffic on Coronation Street in Blackpool is ever likely to forget it (or be able to hear again).

We loved it and so did everybody who came. Showzam! Attracted audiences of up to 30,000 people per year and whilst we are not involved in programming it any more we hope it grows and thrives in Blackpool  surely the most ‘circusey’ town in the UK.

We thank Blackpool Winter Gardens, Blackpool Tower Circus, Visit Blackpool, Seachange Arts and many others for playing along with us.