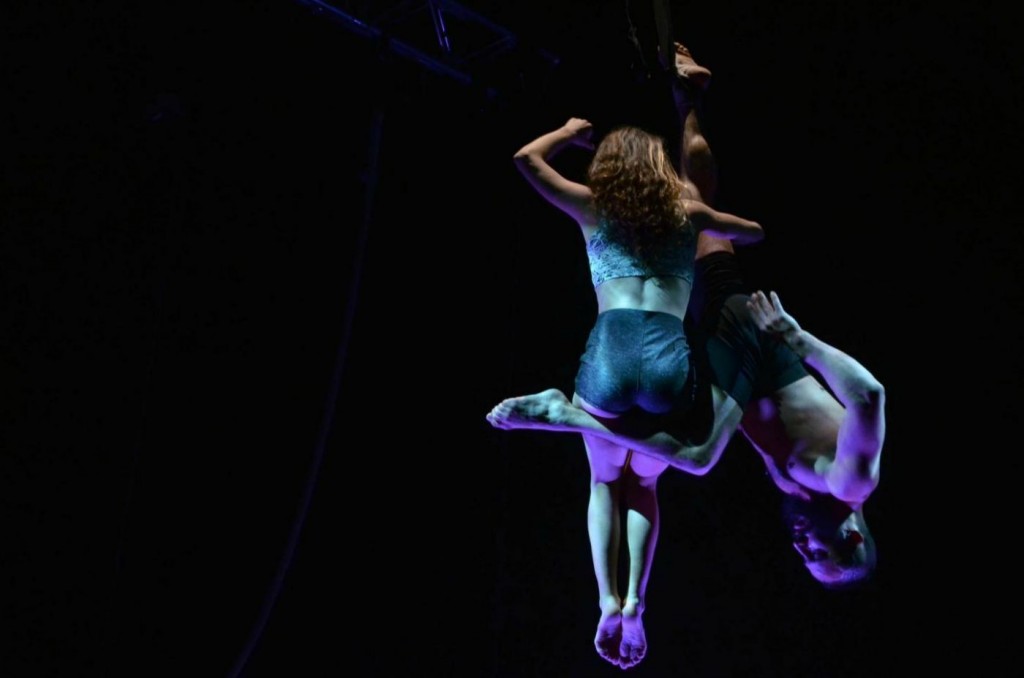 Blackpool was transformed into ?Circus Town? for five days of the very best of international circus and street performance. Over twenty five thousand people saw performers from eleven countries taking to streets and stages throughout Blackpool Winter Gardens, The Blackpool Tower Ballroom, Circus and the town centre.

Everything from a South American circus concert to dinosaurs stalking the streets, a jetpack wearing roller-skater and a Swedish duo with incredible circus skills plus and much more besides kept people entertained throughout.

Thousands of people enjoyed four action packed days of free shows and performances throughout the Victorian splendour of the Winter Gardens animating its lavish spaces with spectacular circus. The Floral Hall, Grand Vestibule, Derham Lounge and Pavilion Theatre all were taken over by performances ready to delight families.

The ever popular Showzam! Carnival Ball transformed The Blackpool Tower Ballroom into a romantic stage show of variety on Valentine?s Day with star performances from acts taking part in the festival including Barnard, Hicks and Jones, Abigail Collins, Swedish double act Magmanus and festival headliners Circolombia. Hosted by star of the London club scene Jonny Woo and with live music from Portugese band Kumpania Algazarra and DJs The Broken Hearts the dance floor was bouncing until the early hours.

Late night thrill seekers were also treated to three evenings of edgy comedic performances with Canadian duo Monsters of Schlock showing their daredevil stunts which had audiences squealing with horror and amazement, plus the hilarious Abigail Collins as ex Las Vegas showgirl Peggy Sued telling the story of her ten ex-husbands using a healthy dosage of audience participation.

?Showzam! 2015 has been incredibly well received by enthusiastic audiences and has been an absolute delight to work. We?re thrilled to have been able to bring such high quality international acts to Blackpool, truly putting us on the map as the North West? capital of circus.?

?None of this would have been possible without the support our festival programmers SeaChange Arts, the team at VisitBlackpool, our fabulous venues Winter Gardens, The Blackpool Tower, the Pleasure Beach, Blackpool BID and the many local businesses who have hosted our artists ? all of whom have been hugely supportive.?

?It has been fantastic to see such huge numbers of people inside the Winter Gardens enjoying the spectacular free shows taking place throughout the building. Showzam! is a great opportunity to bring people into our fabulous spaces many of which don?t often get seen by the public.?

?Having Circolombia in The Blackpool Tower Circus has been spectacular and to see the show sold out on the final performances is a testament to the quality and skill of the artists. The Carnival Ball is always a highlight and this year we were delighted to welcome it back to the iconic Blackpool Tower Ballroom. Showzam! is a festival which the whole town gets behind and this year proved that again.?

?Blackpool Pleasure Beach has been thrilled to have the opportunity to get behind Showzam! once again. We?ve been holding a whole host of free workshops with everything from clown face painting to aerial hoop and it has been fantastic to see children and families having the chance to learn new skills for free.?

?Showzam! is really vital for Blackpool to get the town going ready for the new season and is a great chance to get people coming into town in the February half term.?

?Showzam! is a wonderful chance for people to engage with and enjoy different and diverse acts in the Winter Gardens and throughout the town. Circolombia in the stunning Blackpool Tower Circus was both exciting and impressive and it is hugely positive to see such a high quality show right here in the North West of England.?