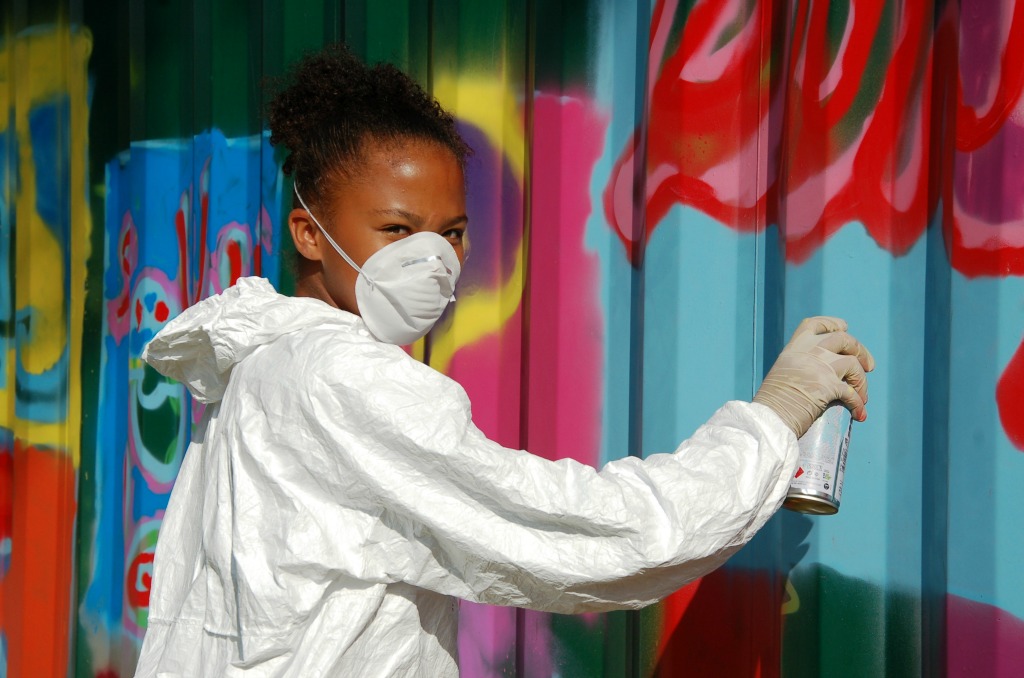 LeftCoast, commissioned international recording artist Danny Fahey to host a series of workshops based in a shipping container at Crossland Rd Park Blackpool. Project Haweside lead by LeftCoast in partnership with Blackpool Coastal Housing, local Councillors and the local police was delivered over the six weeks summer holidays.

Cath Powell Creative Community Engagement Officer for Left Coast said “Project Haweside was a great success with some really strong relationships formed between the young people, the creative leads, South Shore Football Club and Friends of Crossland Rd Park. It is hoped that Project Haweside can act as a catalyst for further engagement with the young people of the area as well as contribute to the development of Crossland Rd Park”

To listen to the podcast for Project Haweside click here

An Interview with Danny Fahey from Thirty Pound Gentlemen

Are you pleased with how Project Haweside went?

“It has been a pleasure working with you this summer and I really feel like Left Coast and Blackpool Coastal Housing has made some very meaningful connection with Haweside and some local residents, South Shore FC and of course the young people who bring the park to life. The young people designed and sprayed some great artwork on the container, they got to experience some real Hip Hop culture, wrote their own lyrics and expressed how they feel about the area they live in. They are looking forward to the podcast being broadcast on Reform Radio.

Working on Project Haweside was a great experience. Exploring the fact that there is an almost equal amount of apathy and optimism in the immediate community around Crossland park was interesting, as well as the very present Juxstapositions between the Urban lifestyles of young people mixed in with their Blackpool specific traditions. An example of this would be the young “Donkey men” who would ride horse past the park whilst wearing Nike air trainers and playing music through their mobile phones during the summer. The young people we engaged do actually have aspirations for their community and for their futures and even though very tentative eventually gave some trust in the work we were delivering. The support of local parents such as Tony who is also a creative mechanic, and Steve and Brendan who were simply present enough to support their very young children into the activity was invaluable. I think that Leftcoast has made some great in roads into this community by being present throughout summer and also in eventually engaging some of the very hardest to reach young people in the community who are also some of the young people who would be actively involved in offending.”

What keywords did you use for the design of the container?:

“Tower of power” – There were several young people who felt that the Tower was an important icon and even though they felt detached from the promenade and the glamour of the coastline they felt it served as a worthy representation of what is possible.

‘You never know whats gonna happen in the park!’ – This was represented in the artwork design by a large question mark. The young person who presented the question mark as a design idea didn’t immediately understand the philosophical weight of the design, but the feeling was supported by other cohort who felt that this was as positive as it is negative and believed that if negative things could happen in the space then there is just as much opportunity and possibility for positive things to happen”

“I think that the key to the future of this project is to enhance relationships with people in the community who are already making and creating. For example Tony, who brought both of his sons to the project regularly is a concept mechanic who makes small motorcycles from mountain bike frames. Although not immediately seen as “artistic” as such by usual stage and arts standards, however the craftsmanship, technical knowledge and creative thinking involved is worth noticing and championing. If off road motorcycles and mopeds are an issue in the area, maybe somebody like Tony is the answer to modifiying the behaviour, and legitimizing the problem and exploring the culture? Flows Exposed are a definite credible creative force in the community and will do a great deal to bring that credibility to any further projects”

Do you have any other ideas about the area?

“I think the area is ready for more creative programmes, especially Grime and Hip Hop projects and an exploration of the urban creative economy that seems to run parallel but almost invisible to the theatres, dance shows and fun fairs”