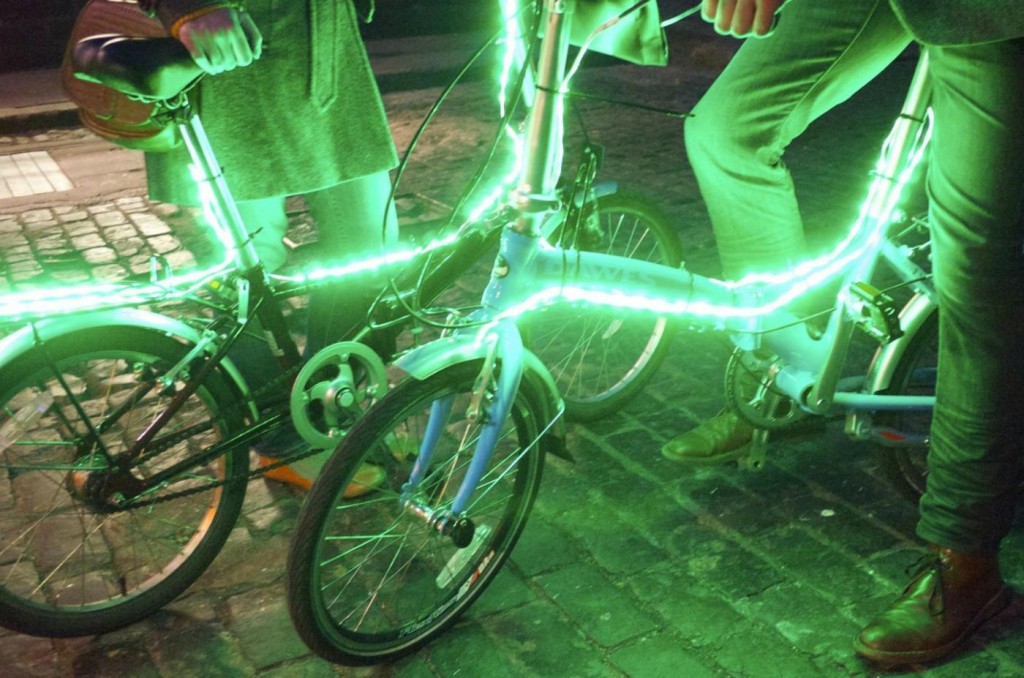 This summer and ahead of the world famous Blackpool Illuminations, LeftCoast and Blackpool Council Illuminations Team are inviting residents to light up their two wheeled and four legged friends with two bright new opportunities not to be missed.

Every year Ride the Lights sees thousands of two wheeling enthusiasts take to the promenade for a special preview of the illuminations where traffic isn?t allowed and you can cycle in safety.

This year as part of the event, we?re giving you the chance to attend free workshops to customise your bike with lights and reflectors, allowing you to create an illuminated bike that is worthy of appearing in the illuminations itself. Everyone who attends the workshops will also be invited back on Tuesday 26 August to form an en-masse LightCycles group that will be the shining star of the Ride the Lights event, and to be entered into a competition for the best decorated bike to get the chance to win bicycle themed prizes.

As if that wasn?t enough, and if two wheels aren?t your thing, we?re inviting dog owners to get involved by bringing their pet pooch to our special LumiDogs workshops. This unique opportunity for residents to put their star pet centre stage and explore their creativity, gives you the chance to illuminate your dog (yes, dog) in free workshops with professional artists

Not only that but these phosphorescent pooches will take part in an Illuminated Doggie Fashion Parade on the promenade in September, and will have the chance to be crowned LumiDogs Champion 2014 in a special ceremony on the night.

?We want to give people the opportunity to actually take part in the illuminations rather than just see them from out of the car window. We know that there is an abundance of cyclists and dog owners in the area so this seemed like the perfect match ? it?s barking, but brilliant.?

Participants at both LightCycles and LumiDogs workshops will work alongside professional artists to decorate their bicycles and dogs with lights. The free workshops will run during July, August and September and all materials are provided.

To book your place for LightCycles workshops click here or for LumiDogs click here.Alternatively you can call 01253 477973 or email info@leftcoast.org.uk for more information.