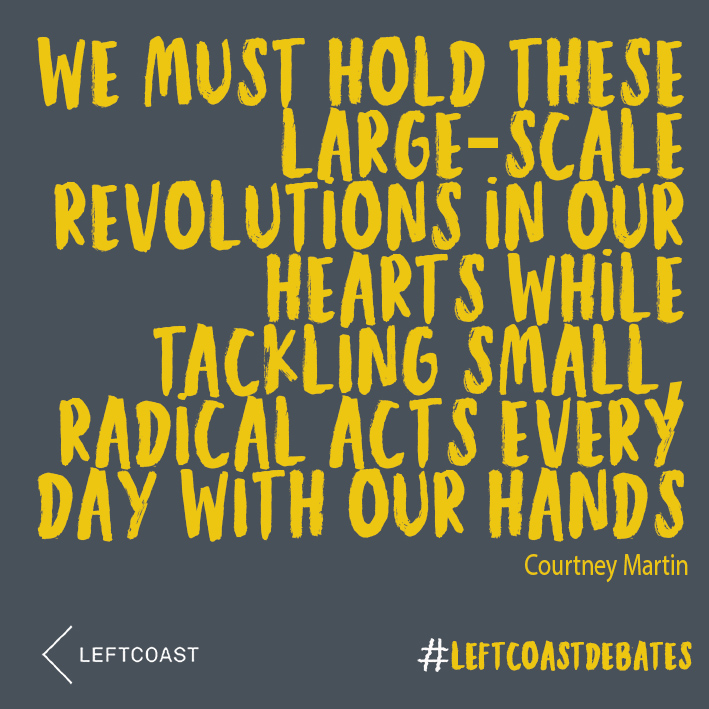 For some of us, the Covid-19 lockdown has condensed our individual worlds, making our own realms simpler to rule, providing a glimpse of a possible autonomous life.

One where we can be revolutionary within our own existence, by creating a world that we want to live in.

In the UK, our freedoms are on occasion suppressed by consumerism or lack of opportunity, for example. We can refuse to forfeit our human rights to this intangible but grave threat. Promoting change does not always require public discord. Our behaviour is a collection of habits, change can derive from disruption to our lifestyle with a series of small radical acts, which combined can deliver your desired quality of living and a reduction of infringements on your rights.

Throughout our series, we have spoken about values and how the realities the pandemic is pushing us to revaluating worth within society. If we want change, it’s important to hold ourselves accountable to these morals and work to make our standards for living resilient to outside influences, to progress our own paths.

“It really boils down to this: that all life is interrelated. We are all caught in an inescapable network of mutuality, tired into a single garment of destiny. Whatever affects one destiny, affects all indirectly.”

It wasn’t the Supermarkets or Government that stopped people from bulk buying in shops, it was the key workers to took to social media to bare their exasperation and hopelessness in coming from a 12 hour shift on Covid-19 wards and being unable to buy fresh food for their families.

These personal acts, in their creation are miniscule in relation to the pandemic, but they effected the mindset of the people who saw them, changing the behaviour of many.

Putting rainbows in our windows was a revolutionary act which bares testament to the courageous NHS and carers, instigated by communities and individuals who recognised their sacrifices and wanted an outlet to show their gratitude; Way ahead of the Government (whose MPs cheered the result of a parliamentary vote in 2017 that blocked a pay rise for nurses).

These rainbows shone light on injustices and have become part of a movement which highlighted an injustice and is putting pressure on the Government to revaluate Pay for NHS staff.

For some the lockdown has liberated a number of the time constrains and the pressures of our fast-moving lifestyles, where we may have had little time to cook for ourselves or our families, listen about our partner’s day, spend an hour walking out doors – what a luxury!

For others life is a continuous juggling act between working to provide for your family, whilst worrying about keeping them safe, trying to home school exasperated by confinement, exhaustion and heightened emotions.

Despite the intensity of the situation radical acts are likely to still evolve by the very nature of human survival.

People have shared tales of their newfound love of weeding, some even growing their own food.

Every single seed sown is a revolutionary act.  Every morsel of food that you don’t have to purchase from the supermarket is a battle cry for your personal independence.

as Bertolt Brecht put it.

So, if you can provide your own sustenance, whether it is taking steps to becoming more resilient by growing, or financially self-sufficient, you are closer to becoming truly free to live a life which aligned to your ethics.

There is a surge in book clubs amongst friendship groups, having the time to read has become an important addition to the day. Learn, grow, gain knowledge and power, build upon your tools to become a freethinker. Step out of inherited inequalities and jump into freedom.

“By reading, you have cultivated your own agency — a self-driven, self-generated creative and evolutionary drive to honor and incorporate ever more knowledge, perspectives, and capacities to become more than you were before.”

Pursue your desired life with determination but start by carrying out small radical acts at home.

We are NOT trying to find the ‘bright side’ of this crisis, there is no clear way to make sense of a global pandemic. But we want to help to make sure that should this happen again, the people and communities that have suffered the most are more resilient to its effects.

We deliver work along the Fylde Coast, but are interested in hearing from people living in different areas too. Join the debate –@LeftCoastUK #LeftCoastDebates 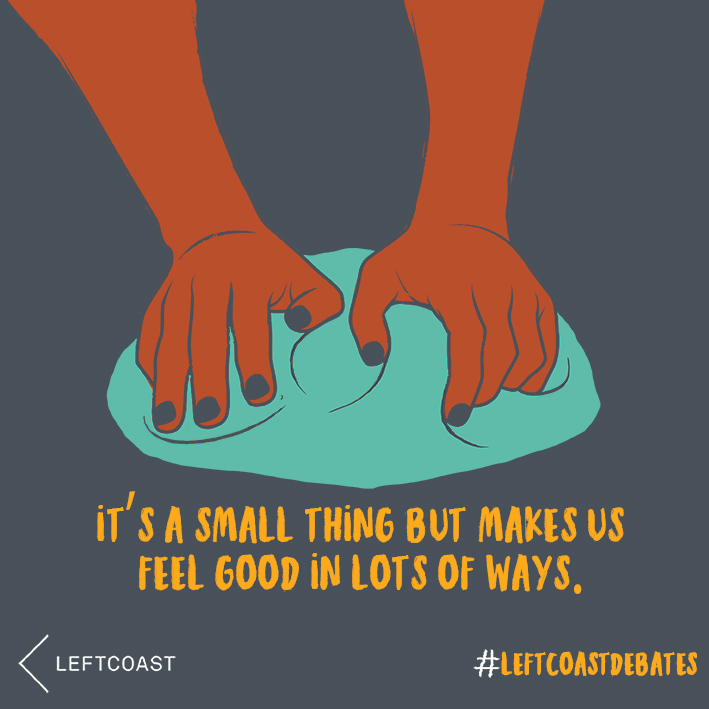 I’m delivering gardening packs to the housebound. When we sprout seeds we bring fresh life into these dying times. Whatever happens at Westminster it’s all the same at ground level. #leftcoastdebates

A beautiful act that brightened my day was our local florist placed a bouquet of flowers at the entrance of a well used walk way to make someone smile.  I left it for someone else to collect but it was lovely #bondandbloom

At home we are definitely baking more be it bread or cake, it can be a joint activity, smells great when it’s cooking, get a sense of achievement when it comes out looking good and then tastes good too. It’s a small thing but makes us feel good in lots of ways.

I’ve tried to do something practical every day, whether it’s making something, a bit of gardening & growing, organising or fixing stuff. Oh and walking and lots of reading!  Thinking about how I can bring more balance to my life #LeftCoastDebates