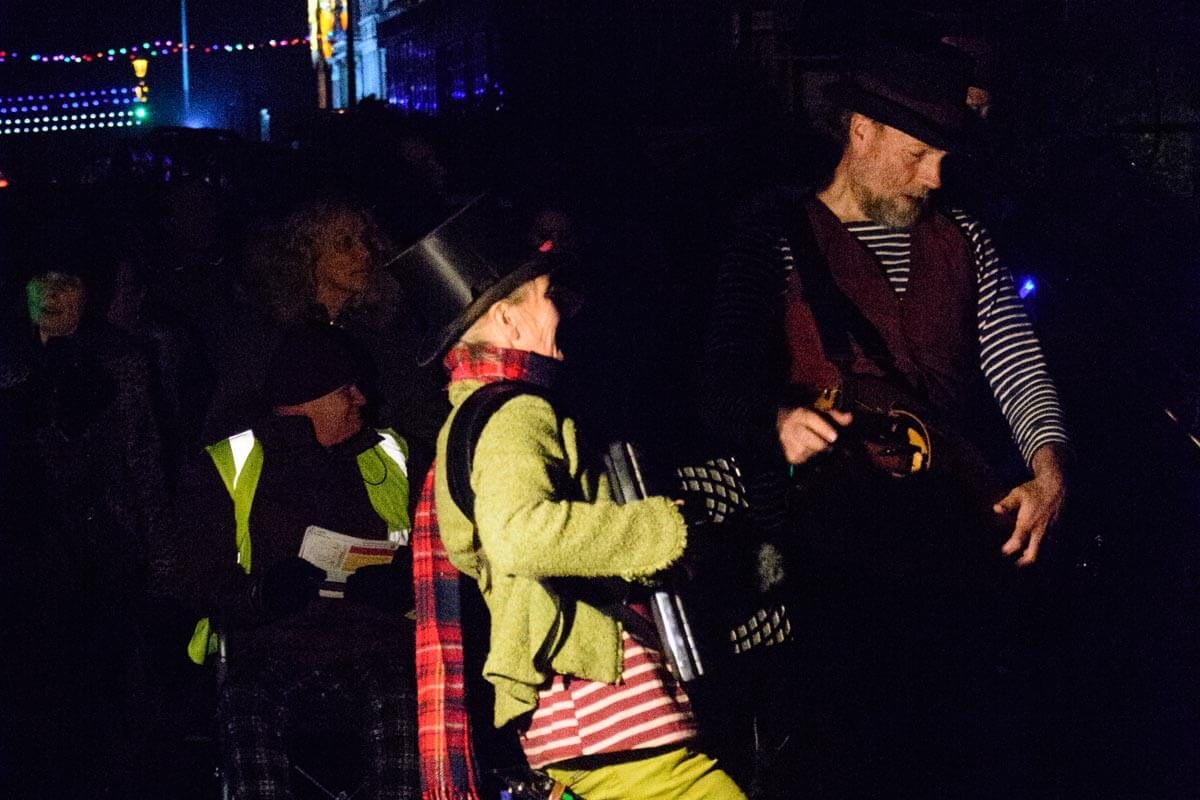 In 2016 the King Edward Avenue residents and business owners association applied for funding through our Future Popular scheme to commission and work with an artists that would highlight the stories, heritage and people of the Ave to the rest of Blackpool and to the visitors to the town. They wanted to animate their own space, to entice people away from the lights of the prom and the entertainment of the golden mile to show people a different side of Blackpool.

Through out 2016 and 2017 the?group were supported through a process of exploring the possibilities of an artistic commission, how to write an artist brief and recruit an artist, and how to produce a bespoke piece of work. The group chose to work with artist Dan Fox to produce an illuminated walking tour called Chandelier Night. The work was a moving show that projected illustrations, photographs, film and audio, onto the facades of the buildings that inspired the stories. Accompanied by live music the work led people down the street, away from the lights of the prom and into the stories of the people behind the B&B’s and hotels.