Could your group be a star of stage, screen or?street? 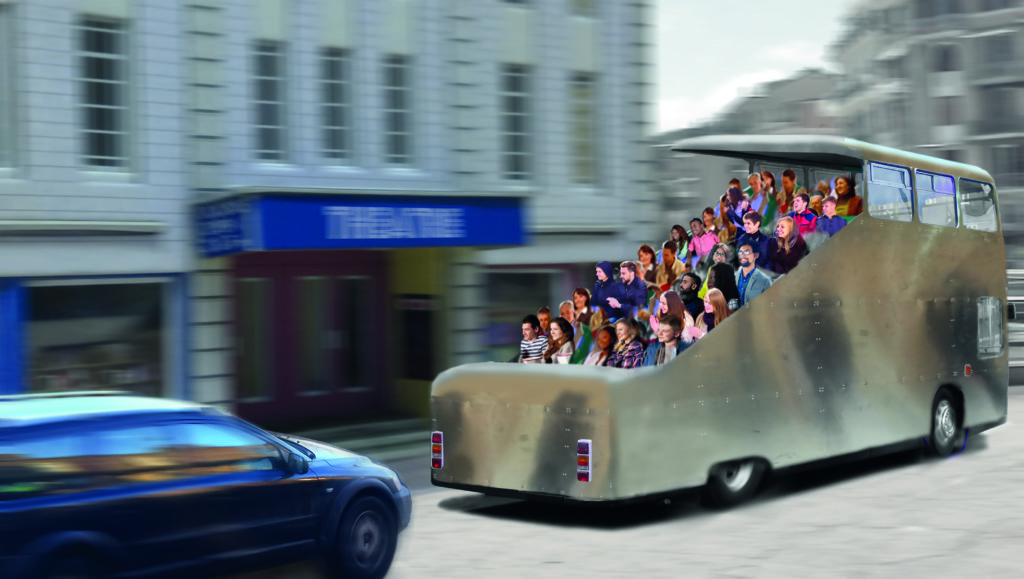 ?A new show which takes audiences through the streets of Blackpool is looking for a community cast.

LeftCoast are looking for Fylde Coast groups and clubs to volunteer to play a part in an unusual theatre show that takes place on the streets of Blackpool. The show starts at the Grundy Art Gallery and the audience set off on a double decker bus which has been especially converted into a mobile theatre.

Sports, activity and social clubs are invited to be part of the ?street scene? by undertaking their group activity in unusual locations along the route ? it could be a dance group in a back street, chess on the prom, martial arts in the car park, keep fit in the cake shop or a brass band in a parked car ? almost anything goes ? the more unusual the better. The idea is that the passing audience won?t know whether this is what normally happens in Blackpool or part of the show and LeftCoast can help you be part of it.

The show ? which is called ?Rear View? by IOU theatre company ? starts off in a life drawing class but the audience are soon taken outside wearing special headphones and are transported backwards thorough the story of a woman?s life on a journey through the streets of Blackpool.

The theatre bus, which has the audience facing backwards, has been specially created for the show which is being presented in the build up to The Spare Parts/Tram Sunday Festival in Fleetwood this summer.

The audience members will be among the first to experience new 3D immersive sound system through the headphones that they wear throughout the show – with a soundtrack that blends poetry, music and sonic recordings that relate to the location you are seeing.

The show runs five times a day (afternoon and early evening) on Thurs 14th, Friday 15th and Saturday 16th July and clubs/groups would need to be available for more than one but not necessarily all of the performances.

This is very much the streets becoming the stage and we would welcome any group who would like to enliven it through doing what they already do but built in to an outdoor theatre show.

Kay Trayford at LeftCoast would love to hear from you if you would like to discuss it, hear more about it, or just blindly sign up out of sheer excitement. Contact Kay at Kay.trayford@leftcoast.org.uk or on 01253 477973.?If you are interested in other volunteering opportunities with the show as an individual we would also love to hear from you.

Find out more information about the show and the community cast opportunity?HERE.

If you would like to register interest in tickets for the show before they go on sale please contact Helen Clay helen.clay@leftcoast.org.uk or fill in the form HERE.

Led by one of the founding members, David Wheeler, IOU has delivered art and performance projects to audiences across Europe for the last four decades. Launched the same year as Apple, IOU has always worked with the technology of the time making original work across art-forms including: sound, video and sculptural installations, site specific performance, interactive digital works and virtual worlds.

Since 1984, the company has developed and orchestrated all of its work inside the historic mill buildings at Dean Clough, once the world?s largest carpet factory and now a nationally renowned centre for arts, business, design and education.

“From cloud-clearing canons to a play taking place in moving vehicles, IOU has been pushing creative boundaries in Halifax for 40 years.” Big Issue North