AS THE WORLD TIPPED 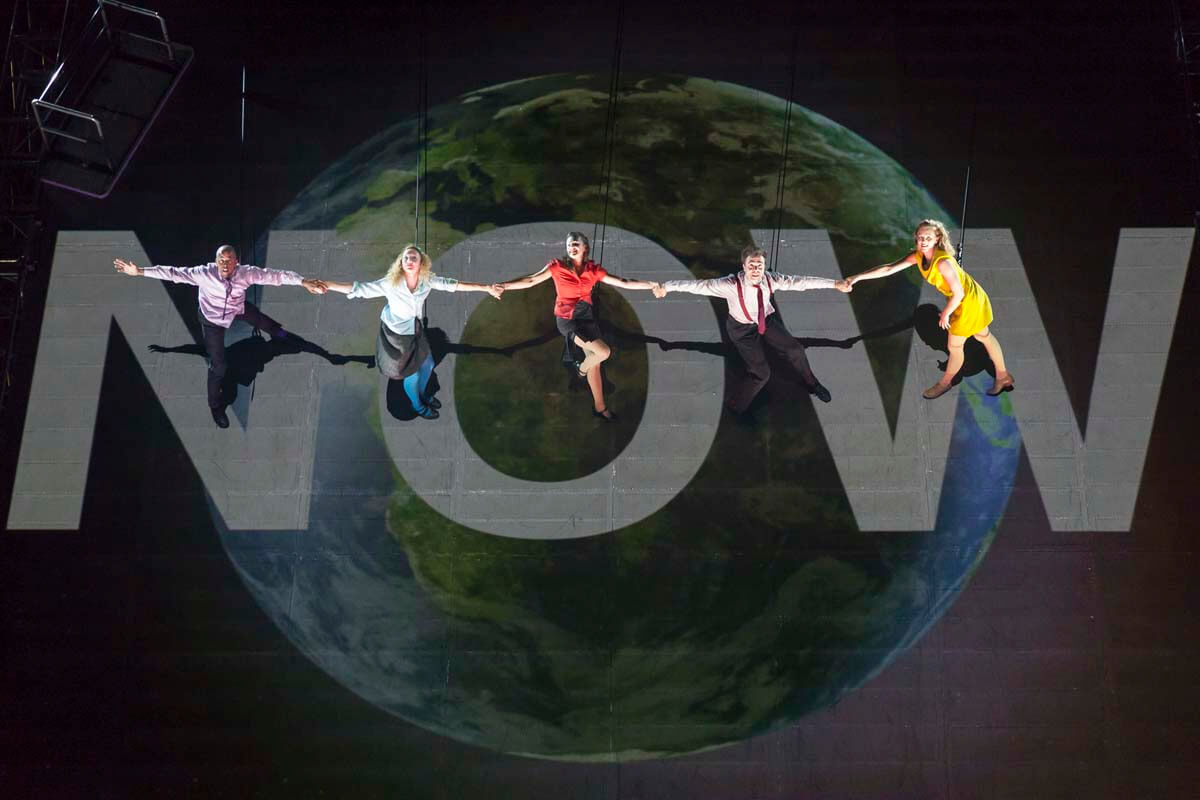 In September 2014 LeftCoast presented As The World Tipped at Blackpool Cricket Club. Described as ‘a real life disaster movie in the sky’ the show wowed audiences from across Blackpool and Wyre and brought Wired Aerial Theatre’s climate change epic to town for the first time.

Combining dramatic film and visuals with breath-taking aerial?performance, As The World Tipped confronts one of the most?pressing issues for the planet with spectacle, humour and?emotion. At the Secretariat of the Copenhagen Climate Change?conference, harassed staff fail to notice as the world around?them, literally and metaphorically, slides toward disaster.?Suspended above the audience in the night sky, the performers?struggle to control their increasingly precarious world as they?do battle with the effects of drastic environmental catastrophe.

Don?t miss this ambitious and extraordinary piece of aerial?theatre that also has an important message.

As the World Tipped has been created by Wired Aerial Theatre?as a Without Walls Commission. LeftCoast is a partner in the?Without Walls Associate Touring Network.

Watch this space for booking information being released in the near future.